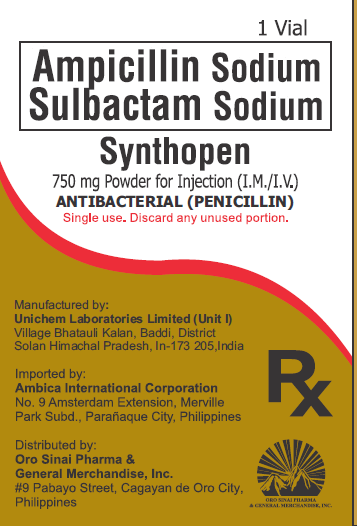 Each 750 mg Powder for Injection contains:

Single use. Discard any unused portion.

Used in the treatment of infections where beta-lactamase producing organisms might occur, including uncomplicated gonorrhea, otitis media and  respiratory tract and urinary tract infections.

General: Peak serum levels are achieved within 15 minutes after completion of I.V. infusion or after 30-60 minutes following I.M. administration. Serum

concentrations are dependent upon the dose of the drug used, the route and body weight of the patient.

The mean serum half-life of both drugs is approximately one hour in healthy volunteers.

In patients with impaired renal function the elimination kinetics of Sulbactam and Ampicillin are similarly affected, hence the ratio of one to the other remains

constant whateverthe renal function. The dose of Sulbactam SodiumlAmpicillin Sodium in such patients should be administered in accordance with the usual

Penetration of both Sulbactam and Ampidllin into cerebrospinal fluid in the presence of inflamed meninges has been demonstrated after IV administration.

Sulbactam. Although Sulbactam alone possesses little useful antibacterial activity, it is effective against the Neisseriaciae. Whole organism studies have

clinically important plasmid mediated beta-lactamase most frequently responsible for transferred drug resistance. Sulbactam has no deleterious effect on the

to other beta-lactam antibiotics. Thus, it possesses the synergistic properties of a broad-spectrum antibiotic and beta-lactamase inhibitor.

The bacterial activity of Ampidllin has been demonstrated against organisms during the stage of active multiplication. It inhibits cell wall mucopeptide

biosynthesis. Ampicillin has a broad spectrum bactericidal activity against many Gram-positive and Gram-negative aerobic and anaerobic bacteria. Ampicillin

Anaerobic Bacteria: Bacteroides species, including B.fragillis. (*These are not beta-lactamase produdng strains and therefore, are susceptible to ampicillin

It is contraindicated in patients with a history of hypersensitivity to any of the penidllins.

Serious and occasionally anaphylactic reactions have been reported in patients on penicillin therapy. These reactions occur in individuals with a history of

hypersensitivity that have experienced severe reactions when treated with Cephalosporins. Before therapy wfih penicillin, careful inquiry should be made

including incubations should also be used as indicated.

General Ampicillin class of antibiotics should not be administered to patients with infectious mononucleosis. In patients, the possibility of super-infectious t

mycotic or bacterial pathogens should be kept in mind as with other beta-lactam antibiotics during therapy. If super-infections occur, the drug is discontinued

Probenecid decreases the renal tubular secretion of Ampicillin and Sulbactam. Concurrent use together with probenedd may result in increased and

patients receiving Ampicillin alone. It is not known whether this potentiation of Ampidllin rashes is due to allopurinol or the hyperuricemia present in these

patients. Them are no data with Ampidllidulbactam and allopurinol administered concurrently. Combination with aminoglycoside should not be

reconstituted together due to the in vitro inactivation of amoniglycosides by the Ampicillin component. Administration results in high urine concentration of

ampidllin which gives rise to false positive reactions when testing for the presence of glucose in urine using Clinitest, Benedich solution or Fehling’s solution.

conjugated estrone and estradiol has been noted.

Long-term studies in animals have not been performed to evaluate carcinogenic or mutagenic potential.

Reproduction studies have been performed in mice, rats and rabbits at doses up to ten (10) limes the human dose and have related no evidence of impaired

fertility or harm to the fetus. There are however, no adequate and well controlled studies in pregnant women. Because animal reproduction studies are not

always predictive of human response, this drug should be used during pregnancy only if dearly needed.

Studies in guinea pigs have shown that intravenous administration of Ampidllin decreased the uterine tone, height and duration of contraction. However, it is

not known whether its use in human during labour or delivery has immediate or delayed adverse effects on the fetus, prolongs the duration of labour, or

increases the likelihood that forceps delivery or other obstetric,alintervention or resusdtation of the newborn will be necessary.

Low concentrations of Sulbactam and Ampidllin are excreted in the milk, therefore, caution should be exercised when administered to a nursing mother.

It is generallywell tolerated. The following adverse reactions have been reported

The following adverse reactions have been reported with Ampidllin class antibiotics and can also occurwith Sulbactam SodiumlAmpicillin Sodium.

revert to normal on discontinuation of the drug.

Urlicaria, erythema multiforme and occasional vase of exfoliative dermatitis have been reported. These reactions may be controlled with antihistamines and if

necessary systemic conicosteroids. Whenever such reactions occur, the drug should be discontinued, unless the opinion of the physidan dictates

In addition to the adverse laboratory changes like fall in hemoglobin levels, hematocrit and increase in leucocyte count has been reported during therapy with

penicillin. NI of these reactions are usually reversible on discontinuation of therapy and are believed to be hypersensitivity phenomena.

Neurological adverse reactions, inducting convulsions, may occur with the attainment of high CSF levels of beta-lactams. Ampicillin may be removed from

circulation by hemodialysis. The molecularweight, degree of protein binding and pharmacokinetics profile of Sulbactam suggest that this compound may also

be removed by hemodialysis.

Tablets are to be swallowed whole, with plenty of water.

In patients with impairment of renal function the elimination kinetics of Sulbactam and Ampicillin are similarly affected. Hence, the ratio of one to the other 011

remain constant whatever the renal function. The dose in such patients should be administered less frequently in accordance with the usual practice for

ampicillin and according to the following recommendations.

5.14  9 1.5 — 3 gq 12h When only serum creatinine is available, the following formula (based on sex, weight and age of the patient) may be used to convert this value into

creatinine dearance. The serum creatinine should represent a steady state of renal function.

Or as prescribed by the physician.

To be stored at a temperature not exceeding 25°C priorto reconstitution.

General Dissolution Procedure: Sterile powder for intravenous and intramuscular use may be reconstituted with any of the compatible diluents desaibed

in this insert. Solutions should be allowed to stand after dissolution to allow any foaming to dissipate in order to permit visual inspection for complete

Preparation for Intravenous use: Sterile powder may be reconstituted directly tote desired concentration using any of the following parenteral diluents.

Reconstitution at the spedfied concentrations, with these diluents provides stable solutions for the time periods indicated in the following table. After the

indicated time periods, any unused portions of solutions should be discarded.

Initially the contents of vials may be dissolved in 3 mL of Sterile Water for I njection. This solution should be further diluted with a infusion medium to give a final

concentration of around 15 to 30 mglmL. The reconstituted solution should be infused over a period of 15 to 30 minutes.

Preparation for Intramuscular Use: The contents of 1.5 g vial should be reconstituted with 3 mL Sterile Water for injection and for 0.75 g vial 2 mL of Sterile

Water for Injection should be used.

NOTE: Use only freshly reconstituted solutions and administer within half hour after preparation.(There is sufficient excess present to allow withdrawal and

administration of the stated volumes). Do not allow to freeze. 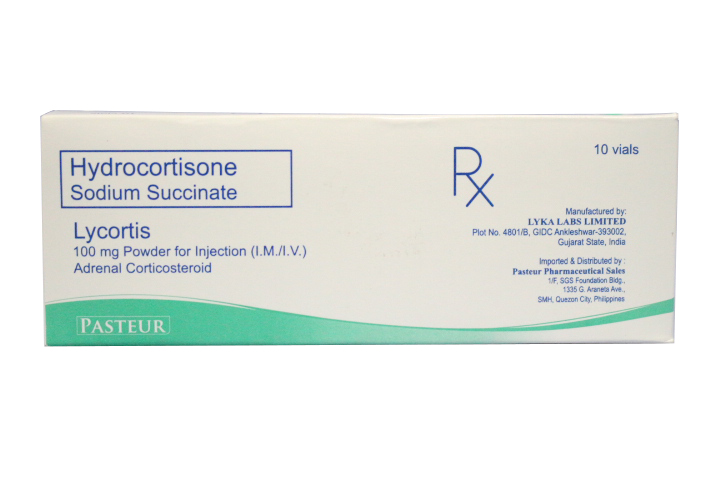 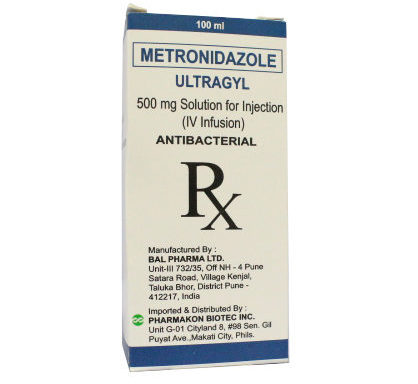 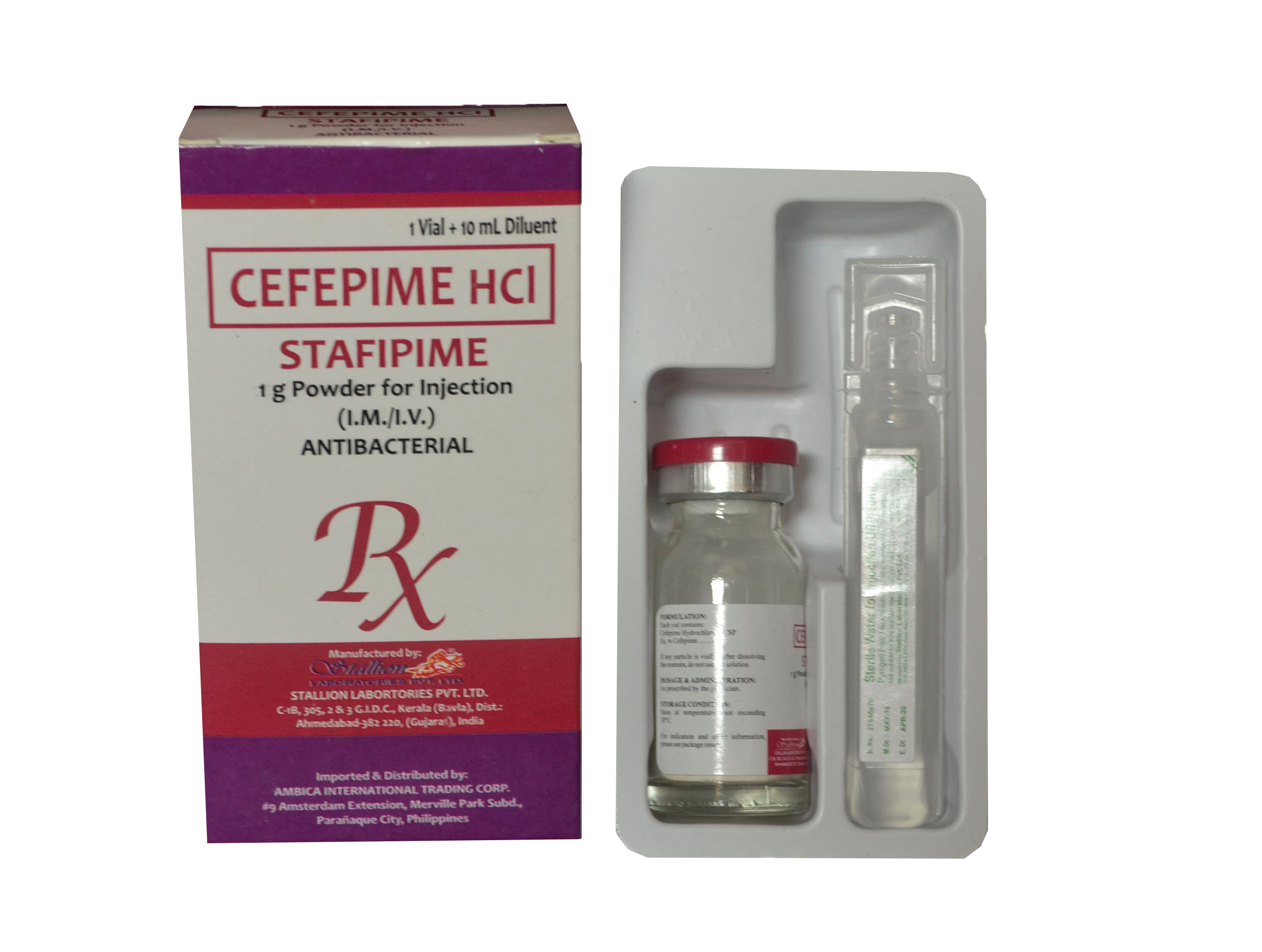 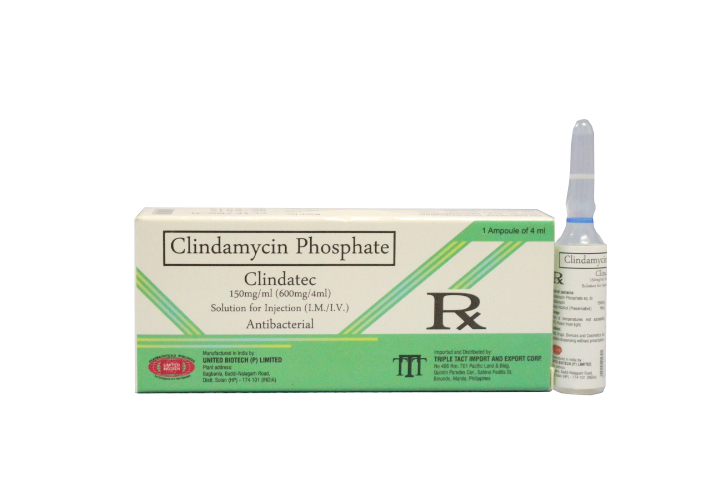 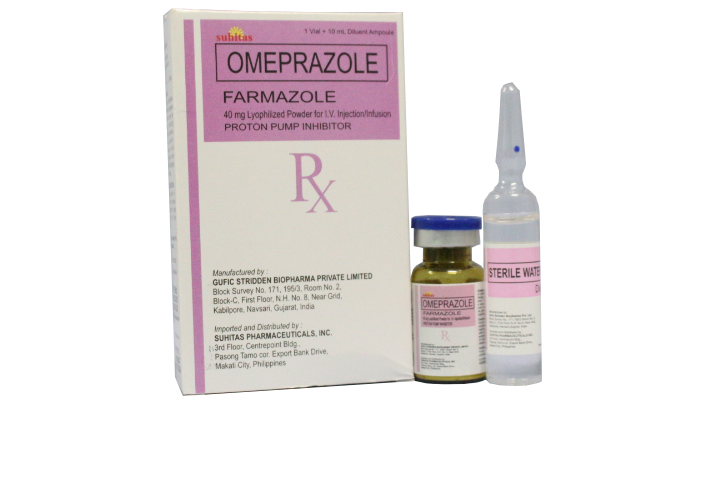